Tech Trek is a one week math and science camp held at a university campus for selected 7th grade girls.  The theme throughout Tech camp is the fun it is to share the experience of being on a college campus, living in a dorm with other girls with similar interests.  Math or science teachers nominate seventh grade girls who show an interest in learning new things and who have an interest in math or science for a scholarship. Each girl, who is nominated, is offered the opportunity to submit an application and an essay.  A committee of AAUW members reads the essays and selects candidates for an interview. The number of girls selected for Tech Trek camp depends on funding.  Parents complete a consent form and provide a $50 participation fee.

Hands on activities in core classes in subjects such as Bacteriology, Biology, Geology, Engineering (bridge building), Marine Biology, Orienteering (math), Solar Energy, Physics (roller coasters, hot air balloons), Forensics, Chemistry (manufacturing make-up!), Math and Geometry, Computers (film editing) and Space Science help to make math and science fun as well as educational. Field trips may include visits to the Lawrence Hall of Science or to the Challenger Learning Centers to fly a simulated Mission of Mars. The girls may participate in mini-labs and in special activities such as talent shows or “build it fairs.”

AAUW member volunteers may serve as counselors (surrogate mothers), nurses, classroom aides, and fill in as needed. Junior Counselors, former Tech Trek campers who return as helpers when they are in high school, are an indispensable part of program.   Recent college graduates serve as Senior Counselors. 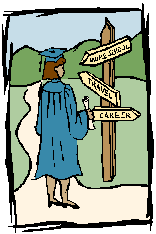 Participants during the first four years of the AAUW California Tech Trek Science Camp for Girls, 1998-2001, were surveyed about the impact of their camp experience on their attitudes and subsequent academic and personal choices.

Since participants were selected for the project specifically for their existing interests and aptitudes, and no control group is available, there is no knowing whether the young women surveyed would have continued their interest and involvement in math and science even in the absence of the Tech Trek camp.  However, their own testimonies tell us that they credit the camp with encouraging those interests and with giving them a better sense of their options for pursuing further education and careers in math- and science-related fields.

Since 1998, The Benicia-Vallejo Branch of AAUW has awarded scholarships to 23 Benicia, and 29 Vallejo middle school girls.